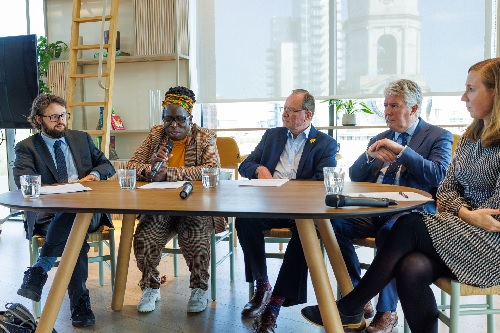 It is one year since Coroner Philip Barlow published the Prevention of Future Deaths Report following the landmark ruling that air pollution contributed to 9 year-old Ella Adoo-Kissi-Debrah’s death from severe asthma.

A year later, little has changed to prevent future deaths like Ella’s. DEFRA is now carrying out a public consultation on UK air quality targets. However, it proposes to meet the WHO’s older 2005 guidelines by 2040, rather than the WHO’s 2021 guidelines based on the latest science on protecting public health.

The Ella Roberta Family Foundation and Hodge Jones & Allen held a press conference in London with four leading experts , including Sir Stephen Holgate and Professor Frank Kelly  on air pollution and its danger to human health, where they discussed advocacy, achievability, and accountability in the fight against air pollution and asthma.

You can read more in the DailyMail online.